In beautiful Key West, there is a beautiful, adults only retreat that has gotten its claim to fame for its entertainment and its ghosts. The mansion is a beautiful, Victorian home that has been converted into comfortable and cozy rooms. It is charming, much like a bed and breakfast, and it gives guests the best of Key West’s hospitality. It is located about half a block from Duval Street and is in the perfect location for guests to see the nightlife, good food, and history of Key West. The mansion has quite a bit of history and part of that is being haunted. 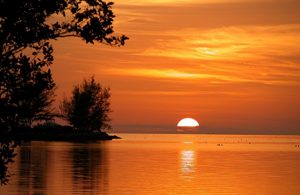 The mansion was built in 1889 by Francisco Marrero. He was a cigar maker and he built the mansion for the love of his life. He wanted her to move with him to Key West. She loved the mansion and some say that she still loves it to this day! Her name was Enriquetta and the two of them were so happy and in love. They had eight children together. When Francisco died, she was evicted, along with their children. She told everyone that she would always be there in spirit. This could be the reason that many people have felt her presence in the mansion.

Guests and staff members of the mansion say that they have seen a woman in the mansion. They feel her strongest in and around room 18. Most guests say that she is probably just keeping an eye on the hotel since it was her home at one time. Staff members have reported that she likes to visit some of the guests though. They have said that if she does not like the guests, she will make the chandelier move back and forth. Most of the guests that stay in room 18 have gotten a visit from her. Some guests have heard things moving in the bathroom and one said that their hairbrush was moved and used. One guest even said that she sat on the foot of their bed! 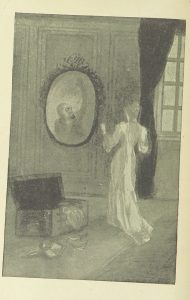 There is one story that a guest in room 18 told about a smell that was in her room. She said she arrived at the hotel with her husband. They checked in and couldn’t believe how beautiful the hotel is. They loved the historic feel to it and were very excited about getting up to their room. The woman said as they walked to their room, she felt a cool breeze in the hallway even though there were no winds that night. She wrote it off as the air conditioning kicking on. When they got into their room, she felt the breeze again and asked her husband to turn the heat on in the room. He said that it was way too hot in the room for that. They got settled into their room and they started to unpack all of their toiletries. The woman placed all of her hair accessories on the counter in the bathroom. She went into the bedroom to watch some television and relax after a long day of traveling. She heard something in the bathroom and when she asked her husband if he heard it, he said no. She went to check it out and saw that her brush had been moved. She asked her husband if he had moved anything, and of course, his answer was no. She looked around in the bathroom and noticed something unusual. The color hair in the brush did not match her own. Someone else had used her brush! After hearing the stories of the hotel, the woman knew that it had to be Enriquetta haunting their room. She said that her and her husband were there for a week and there would be times at night when they were sleeping or just relaxing that she would smell the string scent of lavender. She said that had to be Enriquetta every time! This is not the only haunting that has been reported in the mansion.

Babies Crying in the Mansion

Along with seeing and feeling Enriquetta, many guests and staff members have heard strange sounds. In fact, one couple who stayed at the mansion had strange sounds coming from their bedroom and bathroom. They looked all around the room and didn’t see anyone or anything out of the ordinary. They went back to having their late night dinner in their room. After a few minutes, they heard the sounds again. This time it seemed louder and they could almost make out what it was. The woman thought it sounded like a baby crying, but the man thought that it sounded like a wounded animal. The couple went into the bathroom again to check things out and the sound was gone and there was nothing in there. The couple was starting to get very anxious about the sounds and where they were coming from. The noises started up again and this time, the couple could decipher that the noises were babies crying. They heard multiple babies crying and it was coming from the bathroom and the bedroom this  time. The couple was so terrified that they packed up all of their luggage and decided to check out of the hotel. When they talked  to the staff about hearing the noises, they said the sounds were of Enriquetta’s children. When she and the children were evicted, all eight of them died within two years of having to leave the mansion. They pointed out that the guests that generally stay in rooms 17 and 23 will report sounds of babies crying at night. This is not the only story of guests and staff hearing the sounds of babies crying at night. 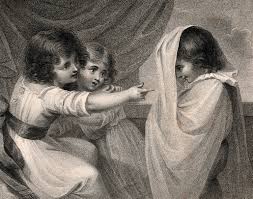 The owner of the hotel, John Diebold, said the staff members will often report strange things to him. One night, he was closing up some office work when he finally heard strange sounds. He said that he was in his office and it was getting very late. He went to close up some things on his computer and was going to call it a night. He heard some screaming coming from nearby and went to investigate. He passed some staff members in the hall and asked if they had heard anything. They all said that they didn’t hear anything out of the ordinary. He kept hearing the noises and he kept walking around the hotel looking to see what was going on. He finally got the room 23 and the sounds were coming from the room. He knocked to be sure that everyone was all right. The guests in the room did not have any clue what he was talking about and they even let him look around the room just to be sure. He thought that he was going crazy, but then one of the guests in the room heard the screaming and crying. After doing a bit more research and asking around, he realized that he was not the only one who had heard these sounds and chances were that these are the spirits of the children that used to live in the hotel. Diebold was glad to know that everyone at the hotel was safe and the sounds he was hearing were nothing to be alarmed about. He said that he still hears them, but not as often as he used to.

The sights and sounds at the hotel seem very creepy, but they don’t seem to be harmful at all. In fact, paranormal experts that have visited the hotel say that they can feel a sense of protection coming from the ghosts. They feel that they are watching over the place and making sure that it was well taken care of. With that in mind, visiting the Marreros Guest Mansion may be on your Key West bucket list. Don’t let the stories scare you, these ghosts are just watching over you and making sure their old home is still in good condition. As long as you are respectful to their home, we think it is pretty safe for you to stay here and check them out for yourself. You never know what kind of experience you will have, but keep in mind, if you are easily scared, no matter how nice the spirits are, this may ne too scary of a stay for you! If you want some ghost interactions in your life, then this is the place for you to come and visit!