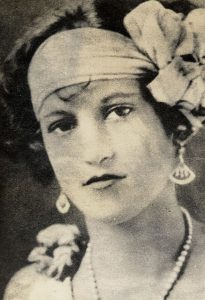 Who doesn’t love a good love story? Except, we tend to fall in love with someone while they’re still alive. Not Carl Tanzler. Carl, also known as Count von Cosel, took his obsession with the beautiful Elena de Hoyos way too far. The German-born traveler met Elena while working as a radiologist technician for the Marine Hospital Service in Key West. Elena Milagros de Hoyos was brought to the Marine Hospital by her mother when she fell ill. Struck by her beauty, Tanzler immediately fell for Elena. She was diagnosed with tuberculosis shortly after checking into the hospital. At the time, tuberculosis was considered a death sentence. Though he wasn’t trained as a physician, he still tried to treat Elena using elixirs and homemade tonics. Meanwhile, Carl showered her with love, attempting to woo her and constantly proposing to her. He was never able to win her over, and even worse, his medicines weren’t working.  Elena died three years later. But that didn’t stop Carl. After building her a mausoleum in the Key West Cemetery, Carl continued asking her to marry him when making his daily visits. One night, he decided to go the extra mile. He removed her body from the grave, wheeled it back home in a wheelbarrow, and brought her back to life using coat hangers, a pair of glass eyes, and plaster. He finally had what he wanted. Carl lived with Elena’s corpse for seven years, even sleeping in bed with Elena. It wasn’t until the body was discovered by Elena’s family that Carl was found out. The authorities had Carl arrested, and Elena was given a second funeral. In a horribly macabre twist of irony, Elena’s corpse was chopped up into pieces and buried in three top-secret locations to keep Count von Cosel from finding her corpse, lest he tries to resurrect his zombie bride once more.

Carl Tanzler was born in Dresden, in the German Empire, in 1877. He was a traveler, having sailed to India, Australia, and the Pacific Islands in the early 1900s. He ended up settling in Australia, where he made a living just as World War I broke out, and was imprisoned for being German. Upon his release, he was shipped back to Rotterdam, and reunited with his family. Shortly after, he got married and had two children. The family decided to emigrate to the United States in 1926, leaving through Rotterdam and landing in Havana, then making their way to Zephyrhills, Florida, where his sister had already settled just a few years prior.

Carl Tanzler abandoned his family in 1927, claiming that his wife wasn’t the woman he truly loved. Carl claims to have had a recurring dream since he was a young boy, where he would be visited by the spirit of the German noble Countess Anna von Constantia von Cosel. She would reveal to him the face of his true love; a beautiful young woman with dark hair.

Carl moved to Key West, taking up a job as a radiologist technician at the Marine Hospital. He took on a whole new persona. His new job paid well, and so he became rich. He claimed to have 9 college degrees. Carl Tanzler became Count von Cosel, naming himself after the German noblewoman whom he believed was his ancestor.

While working at the hospital, Carl met the woman who he believed had been dwelling in his dreams. Elena de Hoyos walked into the hospital, only 19 at the time, having fallen horribly ill. Count von Cosel immediately recognized her as the dark-haired girl from his dreams. He had to have her, he was in love.

Despite not being an actual physician, Carl tried to treat Elena. He also tried to woo her. From snake-oil elixirs to expensive gifts. He tried homemade medicines, and also proposed to her on a daily basis. None of it worked. Elena was constantly turning him down, and three years after she walked into the hospital, Elena succumbed to her disease.

Elena de Hoyos came from a small family. They couldn’t afford a big fancy funeral. Her dad made cigars and her mom was a maid. Only a dozen people showed by at Elena’s funeral, including Tanzler. But the Count made sure that Elena received a proper burial. Instead of a shoddy wooden box, which was the plan according to her family, Tanzler had Elena buried in a huge mausoleum, equipped with lighting, electricity, and a telephone connected to Elena’s grave.

Why a telephone? Carl made daily visits to Elena’s grave, and he continued to propose to her every day after she died via the telephone. Obviously, she never said yes, but of course, Carl’s crazy mind couldn’t tell whether it was Elena talking or his imagination. Elena’s family found this a bit creepy, but they appreciated how Count von Cosel cared enough about their daughter to give her a nice burial. They didn’t know that the Count still had the key to the mausoleum. Having the privilege proved too much for Carl, and one night he gave in and began the resurrection of Elena de Hoyos.

Carl rushed to Elena’s grave in the middle of the night, took her corpse from the mausoleum, and quietly wheeled her home. Once in the safety of his house. He brought Elena back to life using coat hangers to prop up her joints, plaster to rejuvenate her rotting flesh, and even gave her a pair of glass eyes. He doused her in perfumes and fragrances to cover up the smell of decomposition. Elena was good as new! He began his new life with his corpse bride and lived happily ever after. Or so he thought.

Carl kept Elena in his bed, and would often dine with her at the dinner table, and have the deep conversations you would normally have with someone you love. Carl had really big bedroom windows, and the neighborhood children wondered about the life-sized mannequin lying in the Count’s bed all day. So word started getting around about something strange happening in Count von Cosel’s home. When he was approached by the parents of one of the neighborhood children, he brushed it off as the kids having a wild imagination, though he still told them to keep quiet. He made sure they stayed quiet by buying them a brand new Ford Model 48.

After a few years, half a dozen people in Key West were driving Model 48s. Carl and Elena were doing alright, as long as everyone kept their mouth shut. After all these years, nobody suspected a thing, and if they did, they got paid!

It was all fine and dandy until Florinda showed up on Carl’s doorstep. Florinda was Elena’s sister, and she brought her husband along to pay Carl a visit. Carl invited them into the house and says “Elena, your sister is here,” and to Florinda’s horror, she sees her sister’s corpse propped up in a chair in the living room. Florinda didn’t hesitate to alert the authorities. Police swarmed Tanzlers home and he was promplty arrested.

Elena de Hoyos was given a second funeral, and by then, the entire country had heard about the strange love affair from beyond the grave. Whereas only a handful of people showed up to Elena’s first funeral, this time about 7,000 people came to see the corpse of Elena de Hoyos. Key West at the time only had a population of 2,500. Schools closed early so children could catch a glimpse of Elena. The Dean Lopez Funeral Home charged ten cents a person to see the body.

Elena’s family and the funeral home staff decided to chop up Elena’s body and bury it in three secret locations because they knew that Count von Cosel would get out of jail and try to find Elena once more. They were right. Carl Tanzler only spent a few months in jail due to the statute of limitations. He even went so far as to ask if he could keep Elena as he was on his way out of the court.

Carl moved back to Zephyrhills, where he spent the next eight years painting pictures of Elena and telling the story about his one true love to anyone who would listen. Carl was eventually found dead, naked on top of a replica of Elena. Such is the strange story of Count von Cosel.

Learn more about the haunted history of Key West!

Key West is paradise. It’s a small, lonely town on the edge of the ocean. It’s also chock full of ghosts! Check out Robert the Doll, the most haunted doll in the world! If you don’t pay your respects, you’ll be going home with a curse. Make a trip to Fort Jefferson, the abandoned fort in the middle of the Caribbean. Centuries of history have left behind several spirits, including dead pirates, conquistadors, and American soldiers. Swing by Carysfort Lighthouse, where you might find a floating skeleton. You can also read up on the top ten most haunted spots in Florida right here!